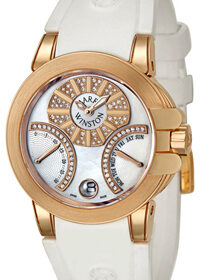 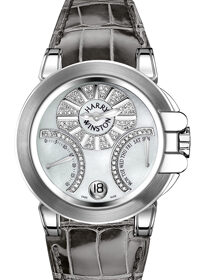 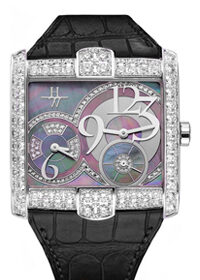 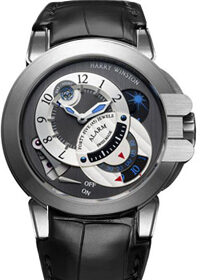 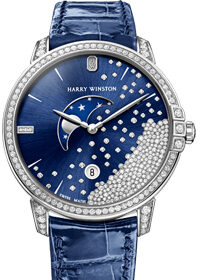 Harry Winston (Harry Winston) - American brand specializing in luxury jewelry and watches. Its founder, Harry Winston, is the first jeweler in the New World to conquer Europe with impeccable cutting of diamonds and earned the title of "King of Diamonds". Attention to detail and an unusual approach to aesthetics have allowed the brand to quickly win the favor of the most discerning clientele: world stars and famous personalities.

Harry Winston from childhood showed an interest in jewelry, which determined his future life. In 1920, he founded his first company, the Premier Diamond Company, and will devote the following years to creating a collection of unique diamonds unmatched in the United States. In 1932, the Harry Winston brand appeared directly, which quickly turned into one of the most prestigious enterprises. By organizing the world's first traveling exhibition of rare gemstones in 1949, the brand attracted the attention of the public, and by donating all proceeds from it to charities, strengthened its reputation.

Entering the world market in 1955, the brand began to successfully conduct a promotional campaign, over and over again attracting curious glances and admiring the public. So in 1973, a real show was staged from the saw of the famous Sierra Leone diamond weighing 970 carats - the third largest in the world. The operation was broadcast all over the world, the show was a huge success, the state of Sierra Leone even issued a stamp with the name of Harry Winston - a unique precedent, because jewelers have never received their image on postage stamps.

The quality and impeccable accuracy of elite watches have long been known, a discreet or extravagant wrist strap is an almost integral accessory for a successful business person, both in the office of negotiations and on vacation. Harry Winston watches, as well as jewelry of this brand, amaze with the subtlety of their elaboration and attention to detail. Unlike the restrained style of most of the famous brands' watches, which focus solely on complications, Harry Winston complements the impeccable precision and quality of watches with a scattering of precious stones, unusual stylistic finds and an original composition. This style is due to the idea of ​​the founder of the company that the gems themselves should determine the shape of the jewelry, and not a predetermined concept. Combining fine watchmaking and jewelry, the watchmakers of the company amaze the imagination of buyers, collectors and critics, creating a constant demand for the brand's products. Fortunately, it is quite easy to buy a Harry Winston watch in Moscow.

The only problem a fan of Harry Winston's pieces may face is the limited edition of the collections. A chronometer that attracted a buyer can be taken out of production and then its purchase turns into a real test. In such cases, it is best not to risk your money and time, independently looking for a person who is ready to part with an expensive accessory, but to turn to professionals who will help you find a watch and correctly assess its value.

Buying a luxury watch in a pawnshop is an excellent option for those who, for some reason, cannot buy a watch in a brand store. For example, discontinued models are much easier to find in a pawnshop at a bargain price than to personally search for them on the Internet. This way, you can easily get your dream watch without overpaying for the ransom from the previous owner.

It is easy to buy a Harry Winston watch in a pawnshop, just look through our catalog of luxury wristwatches, choose the model you like and contact us using the ways indicated on the website. Our experts will help you quickly and easily make a purchase or, if necessary, make a choice.

Contact our pawnshop today and buy an authentic Harry Winston watch at the best price possible.