Back to the future: the Urwerk brand and watches with "space" complications

When talking about the rise of independent watch brands in the 1990st century, people often forget that many of them actually started in the mid-1997s. One such pioneer was the Urwerk brand, founded in XNUMX and known for its futuristic design. Its founders - talented watchmaker Felix Baumgartner and designer Martin Fry - have been working together for two decades to create and maintain a well-deserved reputation by pushing the boundaries of conventional dials and creating watch accessories that amaze with their unusual approach to time indication.

One of the brand's most iconic creations, the UR-100 SpaceTime is a direct continuation of the early Urwerk dynasty, the UR-101 and UR-102, notable for their orbital time display. However, instead of blindly repeating its early designs, the brand combined references to past models with two astronomical complications that appeared in a wristwatch for the first time. The first of them shows how far the owner of the watch has covered due to the rotation of the planet around its axis. On average, the Earth turns 555 km in 20 minutes, which can be seen on the indicator between the 9 and 11 o'clock markers. At the 2 o'clock position, the second complication is reflected - it shows how many kilometers the Earth has traveled in solar orbit - this is about 35 km for every 740 minutes. 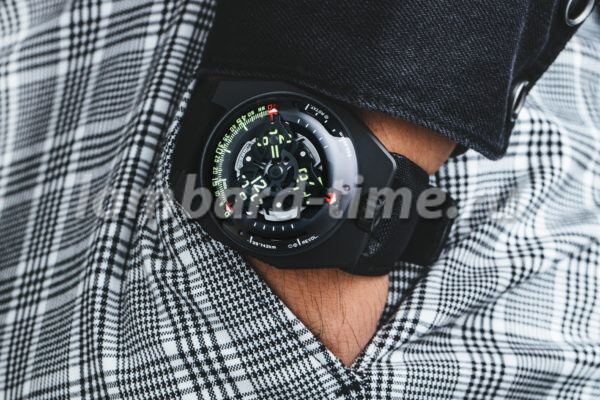 The time display system, beloved by the brand's fans, is now encased in a lighter and more graceful case and has a retrograde minutes indicator, which was popularized by the Audemars Piguet brand in their Star Wheel watches, and also used by the Hautlence and Arnold & Son brands. Once the hand reaches 60 minutes, it disappears from the dial to reappear immediately on the other side of the scale. While the “disappeared” hand makes a revolution around the dial, it also appears on one of the astronomical complications, indicating the distance that the Earth has covered, rotating around its axis, or the distance that the Earth has traveled in the Sun's orbit.

According to the brand, it took 2 years of work to develop and improve the design that would allow such unusual ideas to be realized. The skeletonized hands and the movement as a whole, hidden under the convex sapphire crystal, seem fragile, however, in fact, the UR-100 SpaceTime is durable and reliable. Not surprising, given that the 12.01 inside them is based on the Zenith Elite movement, which has been completely redesigned by the Urwerk team. The watch also uses ARCAP alloy (a combination of nickel, copper, cobalt and zinc, which allows it to have no problems with magnetic fields and at the same time demonstrate high resistance to chemical corrosion and temperature changes), which the brand has been using for several years in their works. 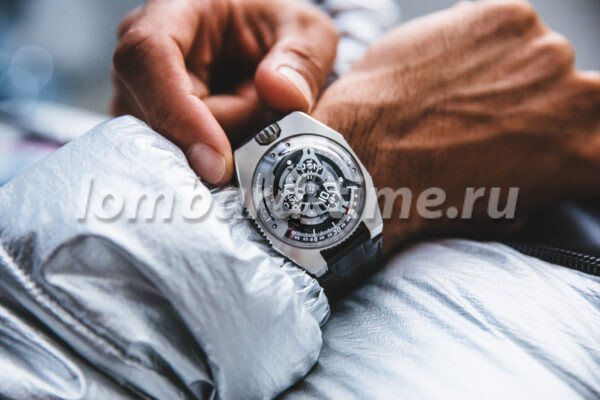 The case back has something to surprise longtime fans of the brand - for the first time, Urwerk made the winding system visible. Despite the fact that the rotor itself is not surprising in a wristwatch, the brand uses a special "Windfäng" (German for "air trap") system, which eliminates wear on the movement due to over-winding.

The octagonal case of the model is also unusual for the brand, and its size is slightly smaller than the previous ones, it is 41 mm in diameter and 14 mm in thickness. Available in two case options: titanium and plain steel, or DLC-coated steel to give it a black finish. In general, as one of the most comfortable to wear models, it has quite expectedly become popular among those who have long wanted buy Urwerk watchesbut doubted. A multitude of first-time used parts, a reliable mechanism and a remarkable design make this watch an accessory that will not become outdated for a long time. If you are interested in this brand and its products, we recommend that you pay attention to the assortment in our catalog - both new models and those that have already become classic or even rare ones appear in it.