Many things that are now hugely popular and have become an integral part of everyday life - for example, jeeps, GPS, and the Internet - were originally developed for military purposes. The list of such military developments also includes some classic models of Swiss watches. Almost every brand has at least one model, made for the military forces: for soldiers, sailors or pilots. Many of these watches eventually gain popularity, being released for free sale, as they are distinguished by reliability, clarity and thoughtful functionality. Accordingly, the lines are expanding and becoming classic, and the brand periodically releases "revived" first models with modern mechanisms and materials, collected in a historical design. 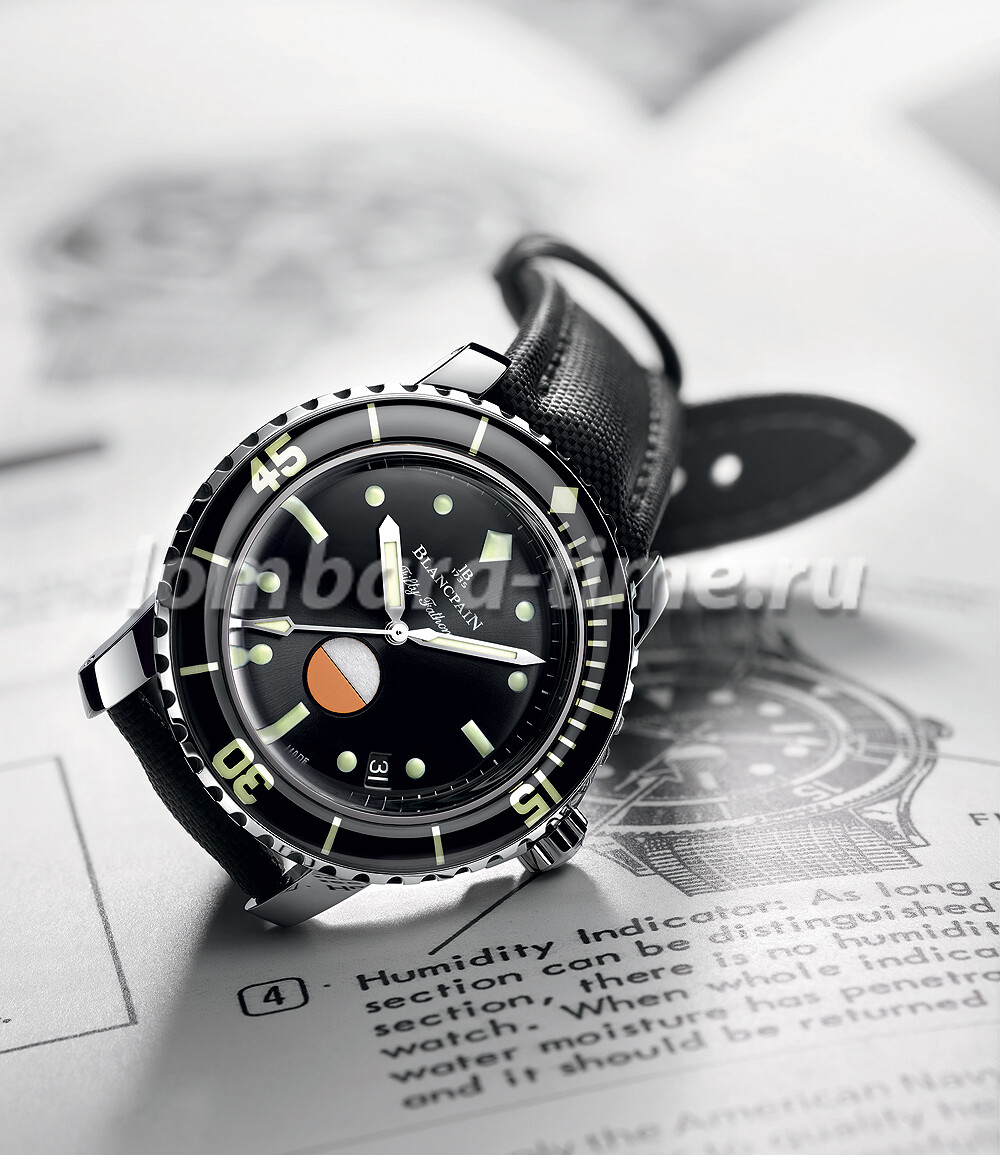 For example, the 2017 Blancpain Tribute to Fifty Fathoms MIL-SPEC is a reincarnation of a watch designed for the US Navy between 1957 and 1958, and has undergone a series of tests to meet its standards. The original model became part of the equipment of American combat swimmers, including the elite SEAL unit.

The most notable detail of the historic Blancpain model is the bright circular indicator at the bottom of the dial, which changes color from white to red if water gets inside the case. The modern version also has such an indicator, as well as large luminescent indexes on the contrasting black dial and a scratch-resistant sapphire bezel, which are characteristic of the Fifty Fathoms collection. The original model was water resistant up to 91,45 meters (which is equal to 50 fathoms - hence the name of the collection), but its current incarnation boasts the ability to dive up to 50 meters. Inside this well-protected case is the in-house automatic caliber 300, which has a 1151-day power reserve. 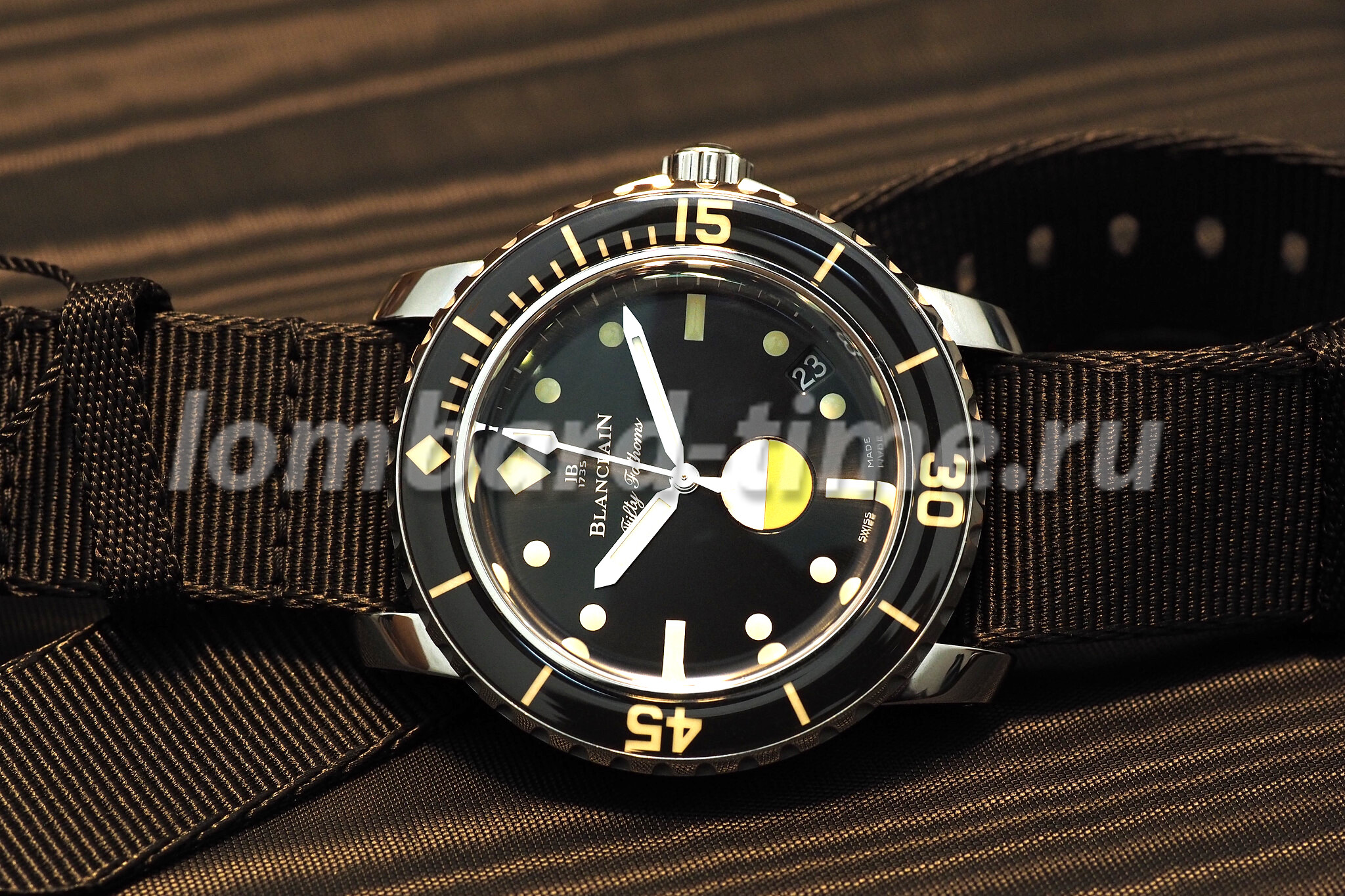 Like most "reincarnations" of historical watches, the Blancpain Tribute to Fifty Fathoms MIL-SPEC is limited to only 500 pieces. The model is available in two versions: on a canvas NATO strap and on a steel bracelet. Sure, buy a blancpain watch this model is now difficult, but in our catalog you can find other models of the Fifty Fathoms line, including limited and rare ones. We only sell genuine Swiss luxury watches and each piece is rigorously tested for authenticity and condition.