Zenith has taken a step towards the growing number of vintage watch fans by releasing several modern re-editions in recent years based on their very first El Primero in 1969. The new Chronomaster Revival Liberty, limited to 150 pieces and available in North America only, is based on one of the most popular retro-styled A384 Revival models. The watch has been redesigned to include a patriotic flavor for the target country. 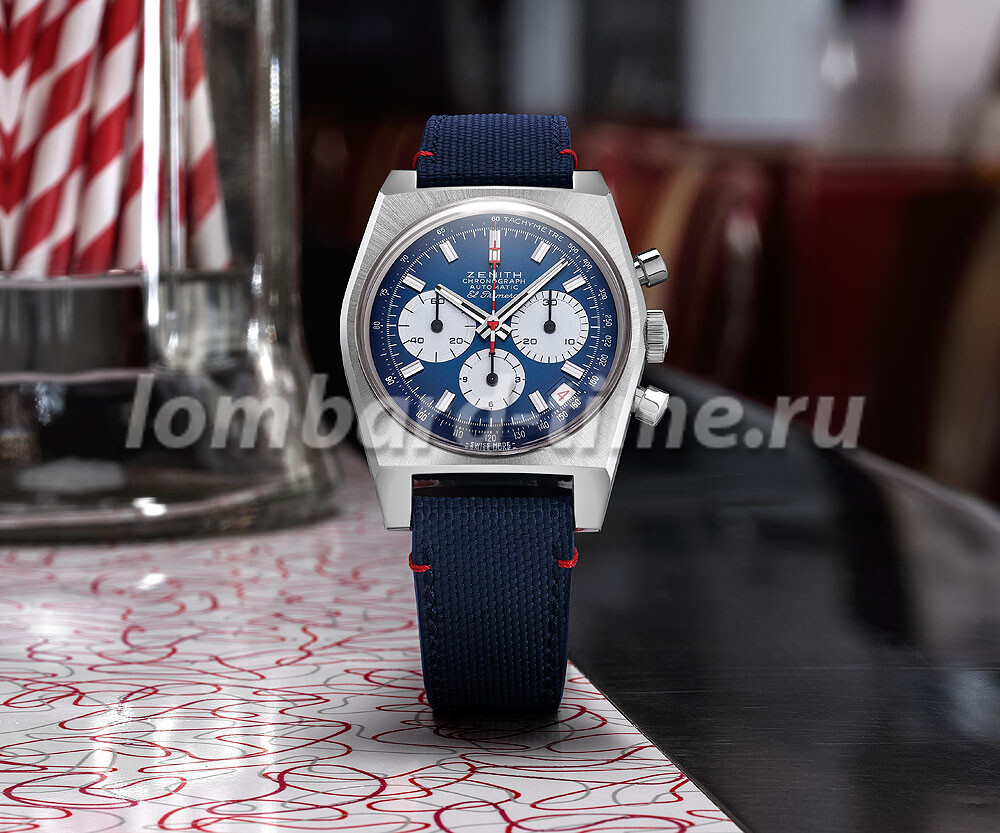 The original 384 A1969 was Zenith's first El Primero caliber and its distinctive 37 mm steel case has been recreated with a modern twist. The Chronomaster Revival Liberty draws on 50-year-old blueprints to bring the iconic spirit to life. The domed sapphire crystal on the dial and the transparent caseback revealing the automatic El Primero chronograph caliber with a 50-hour power reserve are the only elements not found in the vintage model.

The combination of bright red, blue and white in the Chronomaster Revival Liberty is new, but at the same time does not depart from the design of the original model. The main dial, surrounded by a tachymeter scale, is finished in matte blue with a gradient effect. Against this background, the white accents of the chronograph counters and indices stand out especially clearly. The iconic detail of this model is the central seconds hand painted in red and white stripes, this accent is repeated on the date aperture located at the 4:30 position. Completing the overall style is a blue textured leather / rubber strap, which also features a red accent with four bright red stitches.

Despite the fact that the model is only sold in North America, it is quite expected that after some time these 150 pieces will be distributed all over the world in the collection of a wide variety of watch enthusiasts. If you are also an avid collector of Swiss watches, take a look at our catalog, where rare models often appear. And if you need an additional amount of money to buy a rare model that has appeared on the market or for any other purpose, our store also has the opportunity pawn a watch at a pawnshop... So you can quickly get the amount you need, and your chronometer will eventually return to you in complete safety.