Parmigiani Fleurier launched the Tonda GT collection this summer, consisting of a pair of time and date only watches and one sophisticated model that includes a chronograph and annual calendar. Now, the brand has unveiled a model of this collection at Watches & Wonders Shanghai, equipped with a new chronograph caliber based on the one that ticked off in the award-winning 2016 Tonda Chronor Anniversaire.

The Tonda Chronor Anniversaire was launched in honor of the 20th anniversary of the watchmaker founded by Michel Parmigiani and won the 2017 Grand Prix d'Horlogerie de Genève prize for best chronograph of the year. The PF361 caliber in this model was the first in the history of the brand with an integrated chronograph function, rather than a separate module, and became the basis for the new automatic caliber PF071, which is hidden in the case of the Tondagraph GT Rose Gold Blue model. The movement has passed COSC certification and has been equipped with several additional parts that increase the precision of the stopwatch to 1 / 10th of a second. Only a few chronographs have reached this level, besides the legendary Zenith El Primero. The date indicator is also built into the caliber rather than a modular addition, which required the Parmigiani brand engineers to optimize the movement very carefully. The caliber, excellent both from an engineering and aesthetic point of view, can be seen through the sapphire crystal back of the watch. Each element of the movement is created at the Parmigiani manufactory. 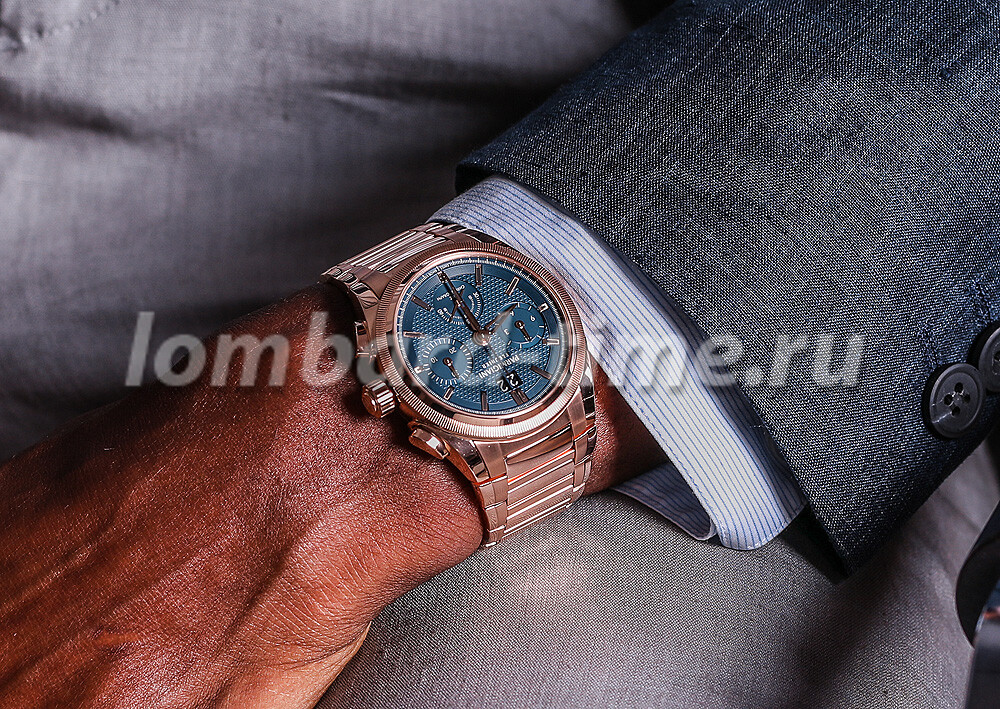 Like the previous models of the GT collection, the new watches continue the stylistic tradition of the Tonda Chronor and the aesthetics of the golden ratio that the founder of the brand put into all his creations. The design of the 42 mm case in 18K gold includes a gentle curve of the lugs, an ergonomic bracelet of the same material, decorated with a combination of gloss and matte surfaces, a fluted bezel reminiscent of models from the Toric range, and a guilloche dial in deep blue with the pattern " clou triangulaire ". The delta-shaped open hands - another signature detail of the brand - are also made of gold. In addition to watches with a gold bracelet, there is also an option with an integrated blue rubber strap. 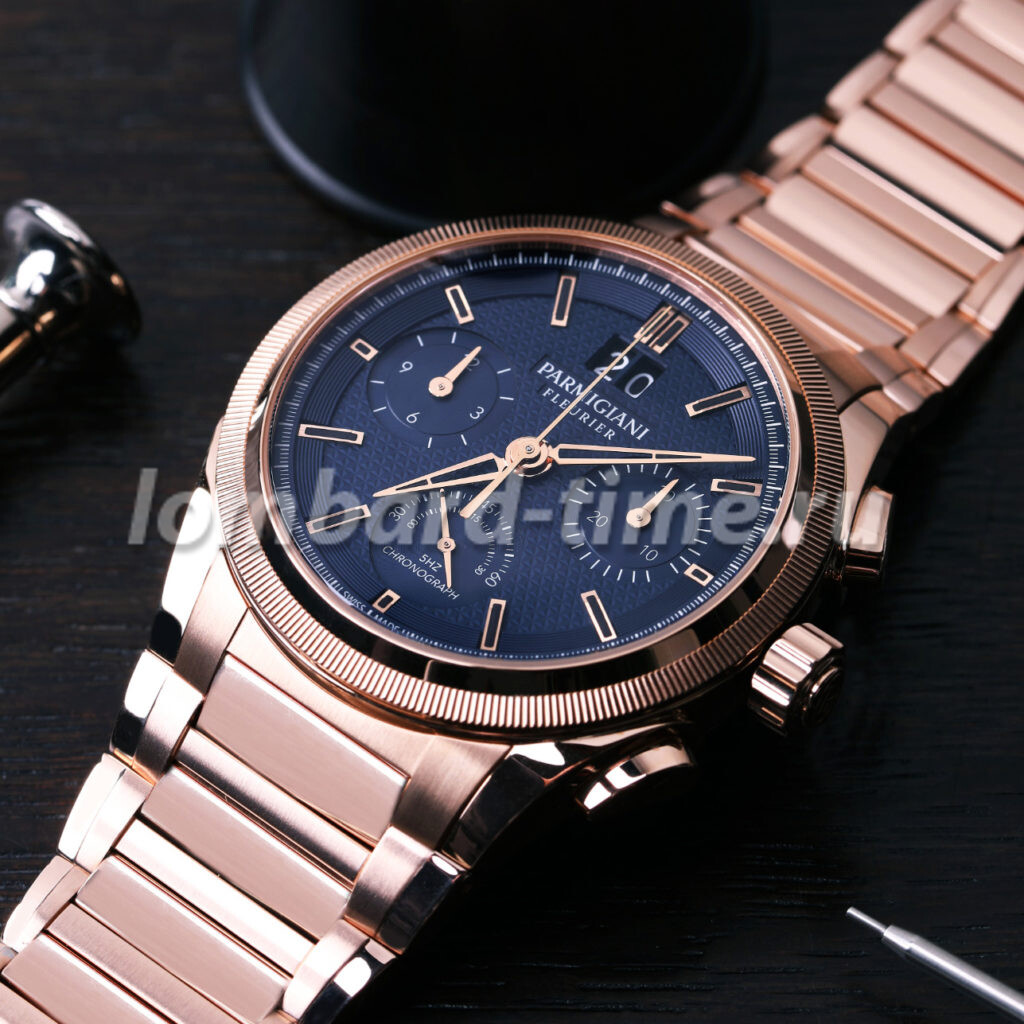 If you want to buy watches Parmigiani new or rare models at a bargain price, pay attention to the range of our store. We offer to buy Swiss watches at a price below market prices and provide documentary evidence of the authenticity and condition of each model in stock. Allow yourself a precise and status accessory today!